The distance to the town center is 45 km. Its former name was  Haldizen in Laz. 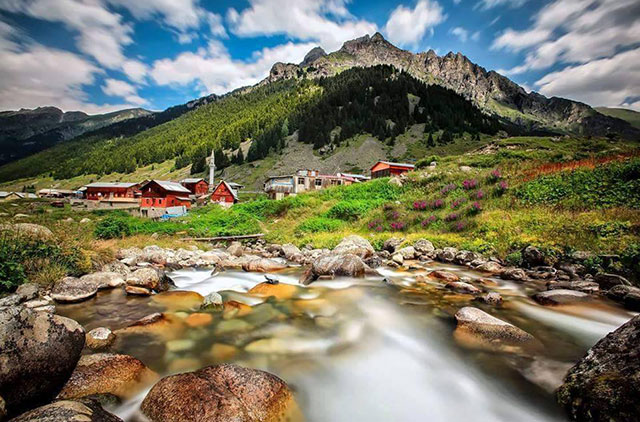 It is one of the oldest settlements in the region. The plateau, which is located on a gorge that has dominated the region, passes through the Demirkapı stream.

The close proximity of the mountains and the weirdness of the lakes there attract nature enthusiasts and tourists to the plateau.

The route of Uzungöl / Demirkapı / Bayburt is increasing the touristic dimension of this plateau. Demirkapı, which has a privileged location with its fresh water and air, is quite easy to reach for our guests staying in Çaykara Park Hotel in summer.

There is no water, road, telephone and electricity problems in this plateau. In summer, the Demirkapi Plateau and the Great Plateau, which are on the top hills of Haldizen, are easy to access.